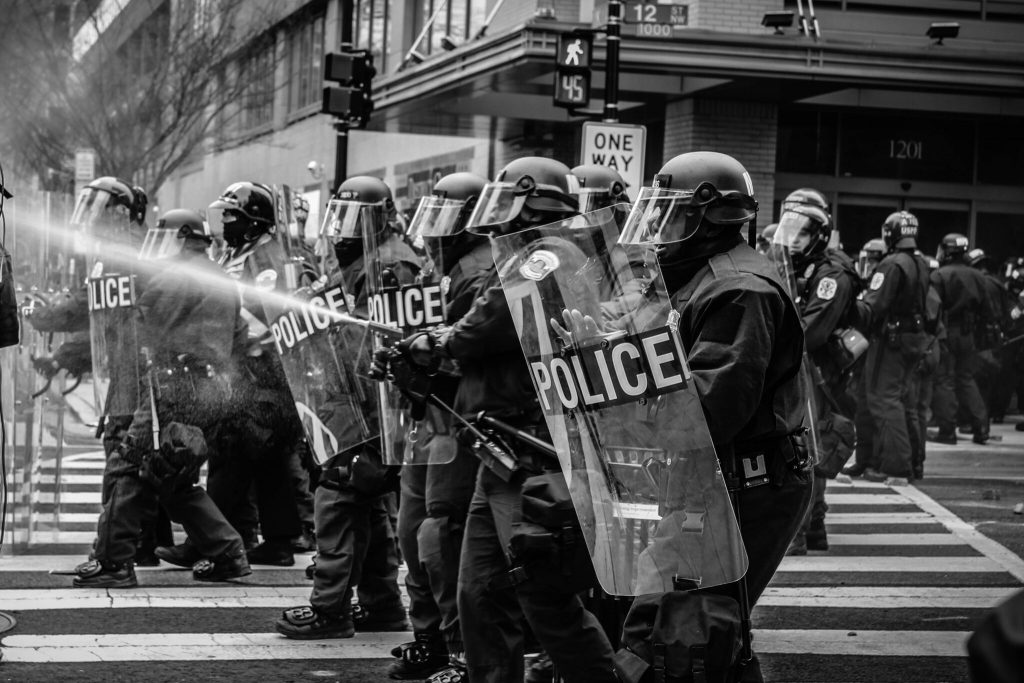 On June 28th, 1969 in New York City, the Stonewall Inn became a place of riot and protest for discriminatory treatment of LGBTQIA+ folks by police officers.  The anniversary of this event grew into the first LGBTQIA+ Pride, and the naming of June as LGBTQIA+ Pride Month. The intersection of systemic violence against marginalized populations